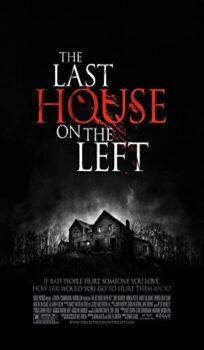 The Last House on the Left

While being transported by two detectives in a car, the dangerous criminal Krug is rescued by his brother Francis and his girlfriend Sadie, and they brutally kill the detectives. Meanwhile Emma, her husband John, and their daughter Mari Collingwood head to their summer home near the lake. Mari borrows the family car to meet her friend Paige that is working in a store in the town. While in the store, they befriend a teen boy named Justin, who offers some marijuana to Paige in the motel where he is lodged. While they are smoking marijuana in Justin’s room, Krug, Francis, and Sadie arrive and abduct the girls. Krug drives Mari’s car and she causes them to crash into a tree. Krug stabs Paige and rapes Mari; however Mari manages to escape, swimming in the lake, but Krug shoots her in the back. They walk through the isolated road in the woods and they reach Collingwood’s house telling that they have just had a car accident. Emma and John welcome the strangers until they discover what has happened to their beloved daughter.