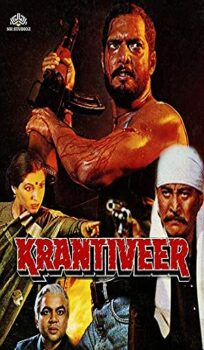 Disowned by his parents at a young age Pratap Narayan Tilak ended up in a small time village controlled by underworld dons and some very powerful and influential politicians. Lazy, alcoholic and unemployed Pratap being influence by a journalist called Mega Dixit attempts to make people of that community independent and beneficiary. Because of state owned members and some members from within the police force, Pratab is forced to take the law into his own hands creating more chaos in his society.