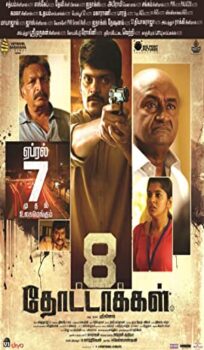 An emotional thriller about two people who stand at two extremes of the law. Sathya, an honest accidentally loses his service pistol which was loaded with eight bullets. Before he could retrieve the pistol, it makes its way into the black market and gets sold off to a man named Moorthy, who uses it for a bank robbery. While Sathya desperately searches for his pistol, a series of murders start to happen by the same pistol. Each bullet in the pistol begins to take each life as Moorthy is forced to kill each person involved in his crime.